Analytical Psychology is the name Carl Jung gave to his work; it is also known as Jungian Analysis.

He worked closely with Freud for the first part of his career, however they fell out badly and he continued his psychology in a different direction, following a route less focussed upon sexuality and including a spiritual context, which can be described as transpersonal.

The two practices of Psychoanalysis and Jungian Analysis bear many similarities. Both models are pneumatic, concerned with the flow of energy (libido) into the world, and both focus on unconscious process. However Jung was perhaps more interested in the psyche's expression and progress toward wholeness, which could include symptom; whereas Freud focused more on pathology.

Jung formed a more complex model for the psyche founded in archetypes and complexes: two associated structures, which interlink personal and collective unconscious experience. He understood Complexes to be the unconscious aggregation of personal experience around an archetypal (collective) core. An Analysis could be understood as analysis of the Complexes, making our personal unconscious conscious in its collective context.

Jung considered the process of Becoming, one of individuation: the ongoing development of an individual personality.

The experience of a Jungian Analysis might focus upon image and feeling, and be centred on the notion that the Self is purposefully directed to fulfilling potential. There is often a focus upon work with dreams. 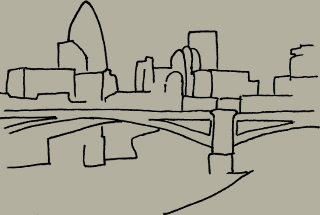 It can be difficult to choose a therapy. We provide an assessment to help you find the best place to start.